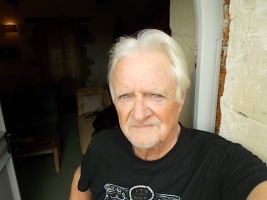 For the best part of 56 years, the major national players of the West have been in the hands of Pretenders….in every sense of the word. They’re not up to the job, they claim something is when it isn’t, and they rewrite history when something they said would happen doesn’t. It isn’t good enough to shrug and say “Twas ever thus”. It wasn’t. There are four huge differences between 1963 and 2019: governing power has shifted from political legislatures to unelected corporacrats, bargaining power has shifted from labour to capital, capitalism has been perverted by financialised currency exploitation, and electorates have embraced conformity as a replacement for risk. You can, today, fool almost all the people pretty much all of the time.

Unless you are a European finance minister or a bond salesman, the range of varietal econo-fiscal data popping up on the radar at the minute are what we financial gurus call HeadfortheHillsShit.

Economies and growth across the globe are slowing down (as we all knew they must).

Now just park all the algorithms, volumes, technicals, inverse correlations, Baltic Dries, futures puts, shorts, options, syndromes and other jargobollocks to one side for a few seconds, and ask yourselves these questions: if investors should be looking for safe havens because global gdp is both decelerating and massively overdependent on credit, why is the value of safety going down, and an underdemanded natural resource going up? Shouldn’t the price of the ultimate haven be going up, and the value of the raw material be going down?

These are Page 1 questions to ask. And there is no answer to them; there is only an equally Page 1 conclusion in the absence of credible answers: all these decisive free markets we’ve been sold for the last forty years are manipulated, bent, fixed, rigged or whatever other verb your common sense cleaves to on a daily basis.

Ever since 1963 in Dallas, Western populations have been asked to believe in the incredible. Bullets do not hit Presidential heads from the back and blow brain tissue out the back. Wealth does not trickle down if only 3% of the citizenry own the wealth, and under 10% of them are into trickling. Private charities have neither the marketing budgets nor the communications skills to take up the slack left behind by neoliberal greed. Arrogant unelected Unions do not to expose themselves to reform, be they USSR or EU. And entirely free, undirected markets do not spontaneously abandon all reason in favour of what the élites want.

A key word in the third to last of the paragraphs above is “investors”. The markets do not respond to investors as they should for the simple reason that there are no investors as you or I might have understood them four decades ago.

If you’re wondering why you can’t get a risk-free return on your savings or achieve a capital growth outcome from studying and learning from the data, it’s because (a) insolvent banks can’t afford to pay interest, even though you bailed them out at a worldwide cost of $23 trillion eleven years ago (b) central banks don’t care what you want, all they want is the survival of their money-printing contract (c) governments work for corporates not citizens, so they give globalists a free hand and then hand you some guff about austerity (d) none of these people have any original ideas and so they must present neoliberalism as settled science and (e) they can see their nirvana of corporate technocracy getting ever closer, and so they don’t GAF about voters whose votes not longer count.

We need places where Mr & Mrs Small can invest, emerging businesses can get ethical growth capital, mutual lenders can defy market rates through deposits, and entrepreneurs can reach honest artisans who seek nothing more than a fair return for diligent work done.

This used to be called the Savings & Loan/Building Society sector…although even in that form, it didn’t cover all the needs of the squeezed middle to lower middle in society. But then the merchant banks and greedy mutual directors got the scent of munnneeee in their nostrils, and boy didn’t that rush to the bourses go well: Halifax >> HBOS >> Northern Rock >> very big taxpayers’ bill, end of mutual sector, government left with crooked crocks that, eleven years on, it still can’t sell.

To hear Conservatives dribbling on about those years, however, you could be forgiven for thinking that it all went rather well, considering. They never tell us what needs considerating, because here too single bullets fly in three directions and emerge unscathed, while Presidential secretaries thrust their legs over their shoulders and accidentally erase three million feet of White House recordings.

At the end of it all – we’re at or around 2010 now by the way – another empty suit came along called Barack Obama. Yes, he said, we can. No, it emerged, he couldn’t. But reading the memoirs now, it seems he did a good job. Over on this side of the Pond, our empty suit came to the fore in the guise of a man fit to run the Treasury and be our Chancellor, George Osborne.

Mr Osborne failed to deliver a single promise in relation to Britain’s finances. He introduced austerity when, with rates at historic lows, he could’ve borrowed very cheaply for investment in the economy at all levels…and thus increased the tax take sufficient to pay off more debt. But Little Osborne was incompetent: he restricted consumption and yet somehow managed to double our national debt at the same time.

His tactic in this reality was to play fast and free with the terms ‘debt’ and ‘deficit’, and then lie a lot: “Britain is once more repaying debt” he declared, when we were actually getting deeper and deeper into debt. As to his “wipe out the deficit by 2015” claim, he never got to within 50% of it. Theresa May summarily fired him, and so naturally he became a newspaper editor….a job he had never done before.

Today, George Osborne pops up on CNN, CNBC, the BBC and Sky at regular intervals, opining about why he knows better than the new set of people busy proving that they don’t know much more than he did.

So, in the light of all these ludicrous “explanations” and serial amateurism, you’d expect that a socialist Opposition might be dead keen on putting right State pension injustice, training more of our indigenous neets, reestablishing a form of banking for The Many not the Few, and trying to give off an image of bold new ideas.

But you’d be hard-pushed to find any evidence of that in the Labour manifesto. This may seem hard to believe, but there is even less content in the Corbyn Creed as set out today than there was in the Tony Blair blather of 1997. You know….when things could only get better. There are no ideas in the Corbyn coterie; there is only ideology.

And therein lies the core point of this post. Be you American or British – or for that matter Ausralian, Canadian, French or German – the last fifty or more years have seen both a growth in, and then acceleration of, the ability to command a majority, talk complete bollocks, get everything wrong, and get away with it.

What we are seeing today – in the markets, in currency dealings, and above all in the Brexit debate – is solid (some would say irrefutable) evidence that belief has triumphed over empiricism.

Half the travesty is that the élites have achieved this without any visible damage to their position: in fact, overall, their position has become stronger, less answerable to the Rule of Law, and openly corporacratic.

But the other half is undiluted tragedy: a conformist generation left behind, an older generation dismissed, a spectrum of minorities wrapped in cotton wool, and the rapid loss of everyone’s ability to say what they think without fear of their collar being felt by pc police and censorious politicians.

In the hurly-burly of Brexit and the rising Tsunami of  media drivel minus deconstruction, a vital focus of awareness has become blurred. It is that our economy is dangerously unbalanced, our political procedures are dysfunctional, our Parties are out of touch, our priorities are hopelessly disordered, and free-thinking creative solutions to real problems are absent.