The focus was Greece, then it was China. Neither country has a solution to its woes. Now the mainstream seems barren of ideas about what to do. The Slog identifies five data sources that point to an imminent collapse of the globalist fisco-economic myth

1. The Dollars making an escape from stock markets rose from $2.64bn to $3.62bn last week versus the week before. That’s an acceleration rate of 37%, and the more remarkable because we are now bigtime into the summer holidays-lower volumes during which nothing is supposed to happen.

2. Normally calm and all-correct Bill Gross (PIMCO founder, now with Janus) is talking of “a growing debacle” in Sovereign Bonds and the currencies commented upon above.

3. The emerging market (EM) currencies are dying on their feet in the light of Fed QE tapering. The chart below shows how a representative basket (FX) of their currencies has been doing of late: 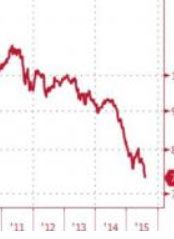 The Mexican Peso has fallen 20% versus the Dollar since July…that is, in six weeks.

4. More recently, this has been reflected in disastrous stock market index scores: 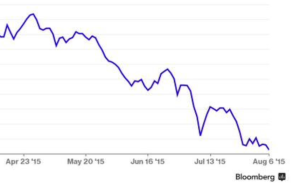 To take just one example, Brazil is  the seventh largest economy  in the world…bigger than Italy. Its private sector output is falling at the sharpest pace since March 2009.

5. Following an unprecedented splurge of QE to arrest its ‘deadly’ deflation, the Bank of Japan is losing the battle: 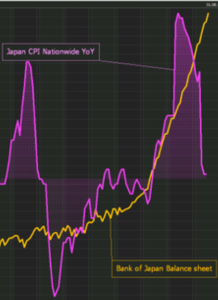 This is Crash2 in sharp focus: the Big One is not far away. But by ye of good heart, because this chap is one of those in charge: 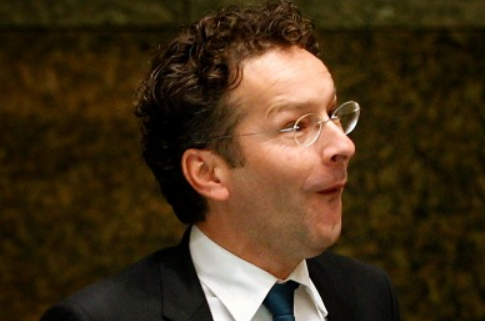